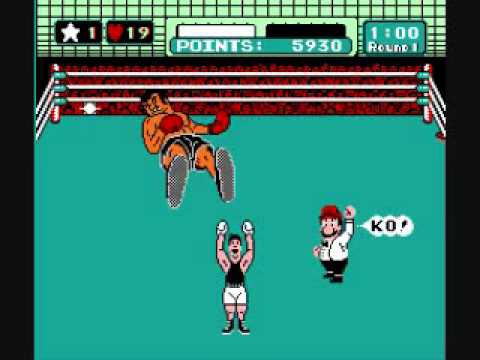 World champion boxer Lennox Lewis knocked out Mike Tyson in the 8th round of a boxing match in Memphis, TN back in 2002. Gate receipts for the event were 15x more than the arena’s previous highest-grossing event, a Rolling Stones concert that produced $1.5 million in sales. Each fighter took home a $17M purse. This fight was a spectacle to be sure – leading up to the fight, Tyson had bitten Lewis’ thigh during a press conference. It was a spectacle, but it wasn’t what it should’ve been.

Retiring just two years later, Lewis waited deep into his extraordinary career to fight Kid Dynamite, the Baddest Man on the Planet…Iron Mike Tyson. Tyson had recently spent three years in prison during his prime and was simply not the fighter he once was. Lennox was fighting a shadow of the best fighter in the world. Sure, he beat Tyson, but not the “real” Tyson, and everyone knew it.

For kids like me who grew up playing Mike Tyson’s Punch-Out!! the opportunity to beat Iron Mike was setup as a final Nintendo boss moment that few could beat. Proudly, I was among this elite faction. The digital version of the champ was really hard to beat. Like super hard. But it wasn’t really him.

To be sure, Lennox beat Tyson in real life. He not only beat him, he whooped him in a way that even Tyson’s few other losses didn’t evoke. Iron Mike was bloodied and beaten, totally defeated. The once impossible to beat was utterly brutalized and embarrassed. For Tyson and boxing fans alike, however, we all knew that this fight was long overdue. This win somehow didn’t really count. For a boxer who beat every opponent he ever faced, and is considered to be one of the best to ever box, Lewis had missed his chance to beat the champ, and there was no getting it back.

Champions are built to not lose. Their victories are the result of hard work and an unmatched vision for the prize. No one can take the crown, belt, or notoriety from them. They are kings.

Beating the king at his prime is vastly different than simply taking the crown after the kingdom has fallen. Winning the fight when the champion is past his prime is a win with an asterisk. You are fighting in Memphis, not Vegas.